Skip to Main Content
It looks like you're using Internet Explorer 11 or older. This website works best with modern browsers such as the latest versions of Chrome, Firefox, Safari, and Edge. If you continue with this browser, you may see unexpected results.
LIBRARY RESOURCE CENTER
HOME DATABASES CATALOG GUIDES

This guide is intended for rising grade 11 students entering the IB Diploma Programme.

In the first semester, we will learn the first case study Japanese Expansion in East Asia (1931-1941) the prescribed subject The Move to Global War.

This summer I hope you can discover The impact of nationalism and militarism on Japan's foreign policy: the origins, 1853-1930. There are three tasks you can find the detailed instruction in the next three pages.

For task one and two, please answer questions and send to me by email before 24th August. For task three, you can either send electronic copy to me by email or give me the paper copy before 28th when you come to school.

Hope you will have a happy summer vacation with history!

Examples of timelines and mind-maps. 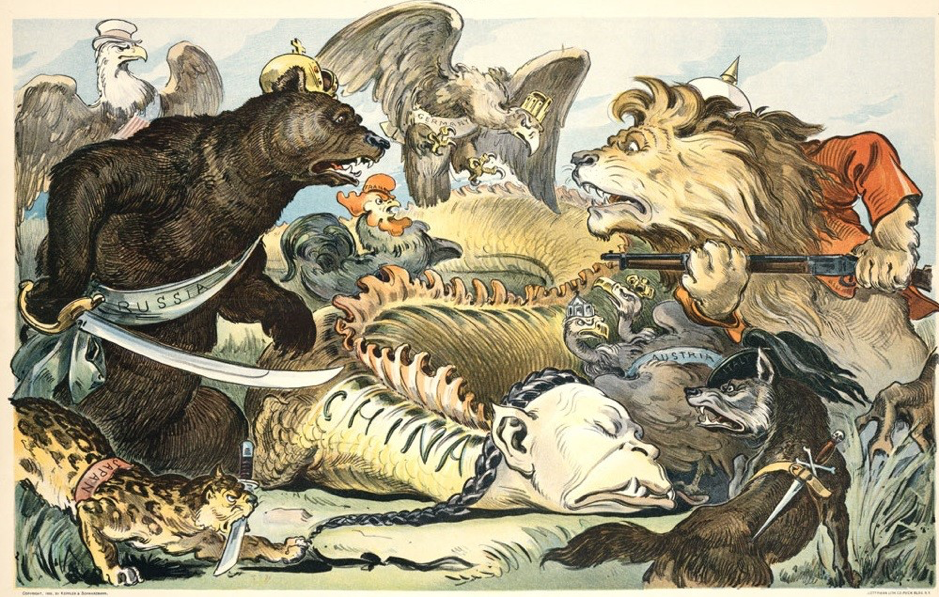 What is the message of this 19th Century cartoon regarding events in China?

Watch the first 25 minutes of the "The Rise and Fall of the Japanese Empire " video which explores Japan's quest for Empire from 1900 through archival footage.

Answer these questions as you watch the video:

Your aim is to create a mind map or other infographic to show the state of Japan in 1931. You should make this colorful and informative; include maps/cartoons or any other visuals that you think are appropriate. You can work in pairs.

Use can the video above as your starting point but you will need to do extra research.

Your mind map should show the following:

Make sure you consider: